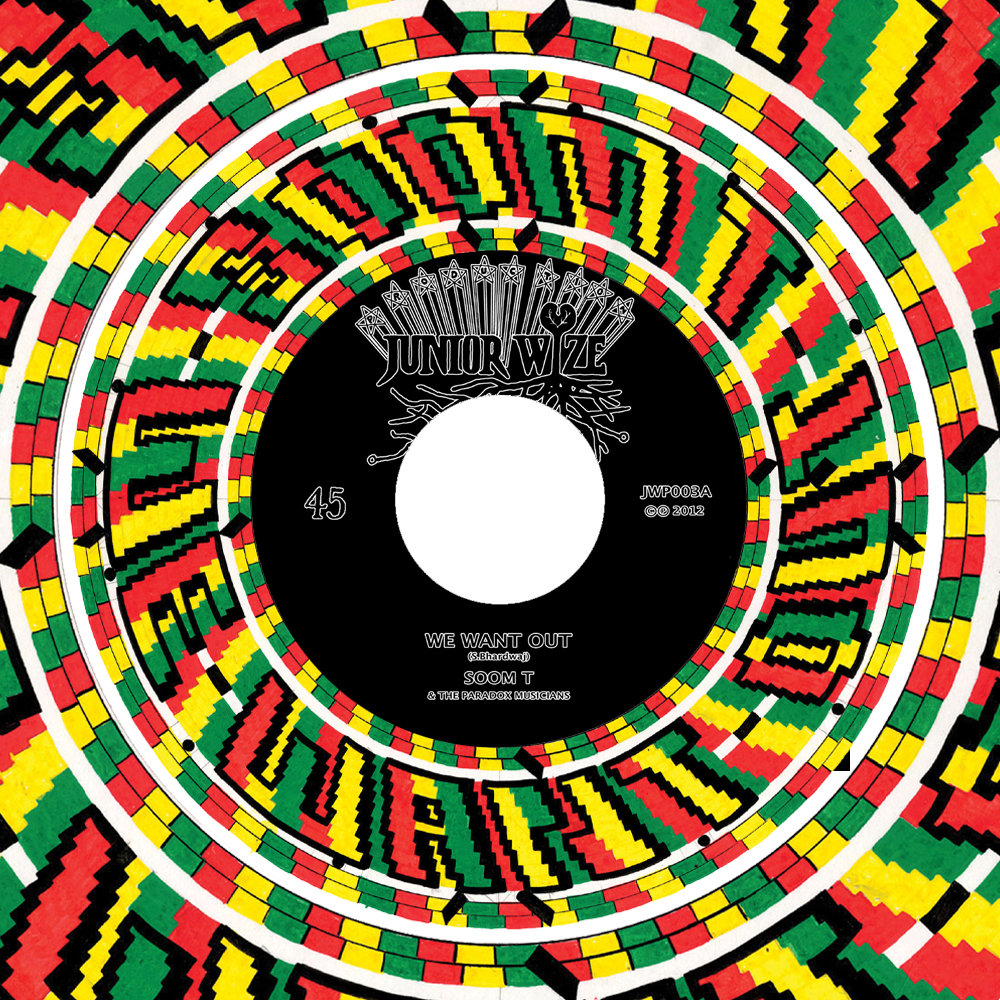 iTunes / Amazon / ReggaeRecord / CD Baby / Junior Wize Music Store (Bandcamp)
'We Want Out', the fourth single release of Junior Wize Production, is performed by Soom T, who is known for her works with Jahtari, Mungo's Hi-Fi and her own Renegade Masters label. 'Dr. Ganja' riddim is another cover verion of the Studio One classic 'Heavenless' rhythm .

* The third Bonus track "Dr.Ganja Riddim" is only for digital release.

"WE WANT OUT" written by Soom T

As I climbed...
I said hey jack get out your box come and help me get sought
As I climbed that mountain, that big and jagged mountain
I didnt chopper my way up so I would know, how to get back down
Without slipping and falling after losing my grip before loudly shouting
Im faling to chasm below, wont you help me up.

*Chorus
For we want out of – out of it - ev-ery bit out of it
Taking orders, following words – to make us wanna take a hit
I’ve had enough of your shit – thank you very much
Won’t you take a toke of this spliff – Its a little gift left behind

Said hey jack get out box, come and help me get sought
For the dark in the dark bliss, sky in the park of linear thought
Which will send me like a comet into the abyss
Weary eyes shadowed life until I found a way to fly
all the way back up with no easy way to recline.